The Subaru oil consumption problem has been fixed! If you’re a driver of a Subaru with a 2.5-liter engine, this is good news for you. The company just released an engine update that will solve the fuel economy and oil usage issues that have been plaguing their cars since 2011. This change will be made in all new models and will also be available to drivers who already own these vehicles by bringing their cars in for service at authorized dealerships.

It’s always great when companies step up to correct problems, but it’s even better when they do so quickly and efficiently as Subaru did here! 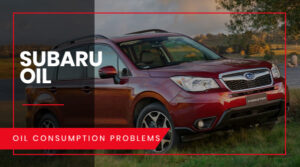 In this article, we will go over what caused the Subaru oil consumption problems and how it was fixed so you can see how these might apply to your car or truck. 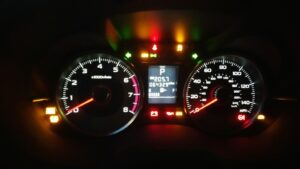 If you own a Subaru vehicle, it is important to know about oil consumption. The company has been under pressure from the EPA and owners for this problem as long as 2010. If your car uses more than one quart of oil between changes or begins burning through excess amounts before 50,000 miles, then there may be an issue with poor sealing in the engine’s piston rings that can lead to excessive wear and oily residue build-up on top of the cylinders.

This issue is important to address, as it can cause a loss of engine power and affect your car’s fuel economy. In extreme cases, the oil residue build-up on top of the cylinders can ignite and lead to an engine fire. The best way to prevent this from happening is by bringing your car in for a check-up as soon as you notice that it is using more oil than usual. Subaru has now announced a fix for this problem, so if you are experiencing these issues be sure to bring your car in for service.

The company will be retrofitting affected engines with redesigned piston rings that should help improve the sealing between the pistons and cylinders. This fix should solve the majority of oil consumption problems with the affected vehicles, but if the issue persists you will need to have your engine repaired or replaced. 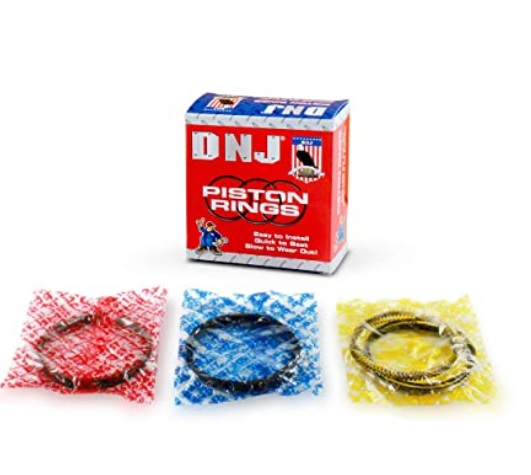 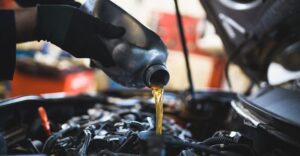 Subaru is known for its high-quality vehicles. However, if you own a 2010 or later Subaru vehicle with the EJ engine series then you may be experiencing problems with oil consumption that are not covered under warranty. If your car meets any of these criteria read on to find out how can I fix it!

Symptoms of these problems can include:

As you can see there are many different symptoms that may indicate Subaru oil problems!

The good news is that there is a solution, and it’s easier than you may think.

There are a few things you can do to help fix the problem and prevent it from happening again.

First, make sure that your car is using the correct type of oil. You should be using Subaru synthetic blend oil or full synthetic oil. Using anything else may cause problems with your engine and could void your warranty.

Third, if you experience excessive knocking or pinging noises have your car’s spark plugs replaced. The spark plugs are responsible for igniting the fuel in the engine, and if they’re not working properly it can cause damage to your engine. Replacing them will help prevent further damage to your engine and could solve the problem once and for all!

That’s it, simple things you can do that may fix Subaru oil problems or at least prevent them from happening again!

The symptoms of a faulty gasket or seal caused by excessive oil consumption include an oil leak on the ground under your car when parked and large amounts of smoke coming out of the vehicle which usually occurs while driving. If these symptoms are present make sure to bring in your vehicle as soon as possible for service.

If none of those tips work then consider having check over everything else before committing yourself financially to more costly repairs such as replacing pistons, rings, camshafts, and cylinders. Each of these components can be very expensive and I would like to avoid them if possible! 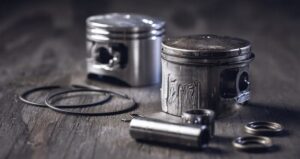 Replacing pistons rings for fixing the Subaru oil consumption problem is not a difficult task to do. It only requires a basic set of tools and a few hours of your time to complete it successfully.

The first step before you start working on this project is to drain the engine oil from all over the car using proper equipment which can be purchased in any auto parts store or borrowed from someone who has one at home.

After you have drained out the required amount remove the spark plugs so that there are no chances of accidental ignition while working underhood with the hot engine block, sharp metal objects, etc. Now disconnect battery terminals as well just because it’s good practice to take safety measures when working around an open engine bay holding several hundred pounds of weight hanging over your head due to the piston assembly.

If you have never done this job before it is a good idea to browse some online guides or watch a few YouTube videos on the subject matter so you get an idea of what needs to be done and in which order. One such video can be found by clicking here.

Once you feel comfortable with the process it’s time to start removing old rings. This is usually accomplished by using a ring compressor tool which can also be bought at any auto parts store, borrow one from somebody or even rent one if necessary. Once rings are compressed they can easily be removed from pistons with just a little effort.

New rings need to be lubricated prior to installation and there are couple of ways of doing that, either using engine oil or special molybdenum grease which is sold in any auto parts store.

When new rings are installed pistons need to be reinstalled back into the engine block while keeping them at TDC (Top Dead Center) of the cylinder just like you found it when pulling out the old piston assembly. While doing so do not forget about the proper ring rotation sequence mentioned on your replacement set of rings, otherwise, they can get damaged pretty quickly and that will result in having to purchase another set instead of saving money by replacing only broken ones.

One final important step before installing piston/rings back into its place is applying some anti-seize paste onto the top two or three threads where head bolts go through to prevent seizing during the installation process later down the road. This procedure should be done on every Subaru oil consumption problem fixed.

Once everything is back in place, put the engine cover is back on, reconnect battery terminals and refill the engine with fresh oil of recommended weight and type as specified in your owner’s manual.

Start the car and check for any leaks, if there are none congratulations! You have successfully repaired the Subaru oil consumption problem. If you had to replace the head gasket as well while doing this job then it would be wise to take it to a mechanic and have them do a compression test to ensure that everything is now functioning correctly. 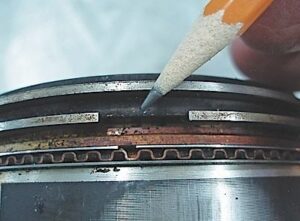 When you are looking to fix the Subaru oil consumption issue, there are a few things that you will need to take into account. The first is piston rings. In order to properly fix the problem, it is important that new piston rings be installed. However, this can often lead to other problems. Here are some of the most common issues that arise when replacing piston rings:

-Oil Consumption: One of the main reasons why people replace piston rings is to address excessive oil consumption. Unfortunately, many times this only leads to a temporary fix. The new piston rings may stop the oil from leaking out, but they will not actually solve the root cause of the problem. As a result, the car will continue to consume large amounts of oil.

-Increased Oil Consumption: On the other hand, some people switch out piston rings because they are worried about their cars consuming too much oil. The good news is that installing new ones often causes consumption to go down significantly. The bad news is that it can lead to even more problems elsewhere in the engine – specifically with compression and power output. If you care mainly about reducing how much oil your car consumes then this may be a viable option for you despite these negative side effects, but keep in mind that there are also other ways of stopping an engine from using so much oil without replacing any components at all (for example by adding aftermarket pistons).

-Worse Performance: Finally, it is important to note that some people report a drop in overall performance after replacing piston rings. This includes things like reduced fuel mileage and an increase in engine noise. Again, though, this usually only occurs when new components are used instead of repaired ones (which is the preferred method).

For more on how to properly fix your Subaru oil consumption issue without negatively impacting any other aspects of your car’s running or driving condition please visit our article. 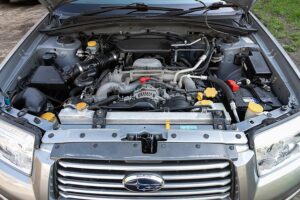 Replacing a faulty oil consumption valve in Subaru engines is an effective solution to the oil consumption problem. The valve, which is located in the engine’s crankcase, meters oil to the pistons and prevents it from being drawn into the combustion chamber.

When the valve becomes clogged or fails, too much oil can be drawn into the combustion chamber, leading to excessive consumption. Replacing the valve is a relatively simple procedure that can be performed by most mechanics.

Then here are some steps to take:

This is a great way to fix your car if you have a Subaru with a faulty oil change system that isn’t working correctly or leaking. It’s also easier than it seems! If performed properly anyone can do this job at home without having to take it into a shop for expensive labor fees!

What is the function of the valve cover gasket? 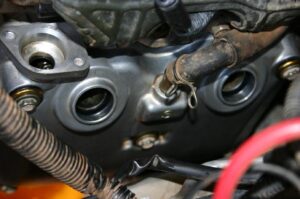 The valve cover gasket is a vital component of the engine, as it helps to keep oil and fuel inside the engine. If this seal fails, oil can leak out and cause serious damage to the engine. The valve cover gasket is also responsible for ensuring that the correct amount of air enters the cylinders, which helps to improve performance and fuel economy. Over time, the gasket can become brittle and cracked, which can lead to leakage.

The oil leak problem that is associated with this gasket can be fixed by replacing the faulty part. In most cases, a mechanic will remove the valve cover and check it for damage before deciding to replace or repair it. This allows them to see exactly what kind of condition the original valve cover gasket is in, as well as how difficult a replacement job would be.